A lowered Z900 street fighter that I have personally coveted for many years. When Nik and Cuz rebuilt “George” it was a great pleasure to repaint him with over 400 hand painted skulls on the tank, bodywork and wheels. Winner of “Best Streetfighter” at the Bulldog 2006 and the first time an owner has had tears in her eyes when she first saw it. Nik, you’re a big softie really! 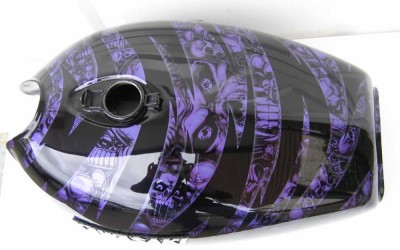 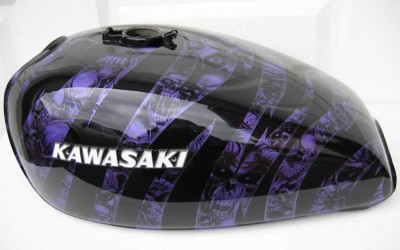 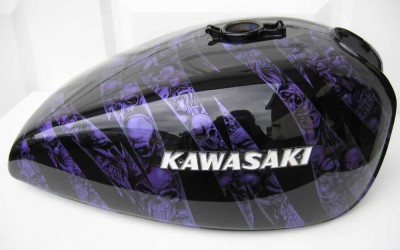 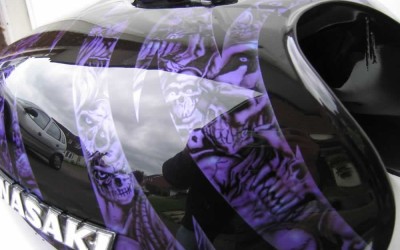 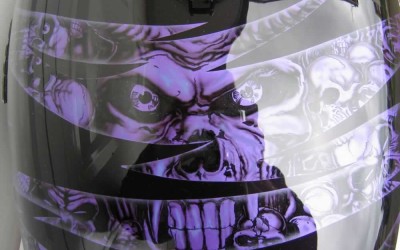 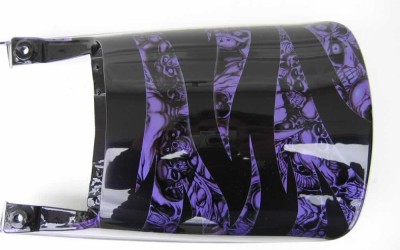 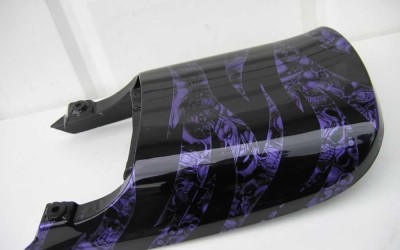 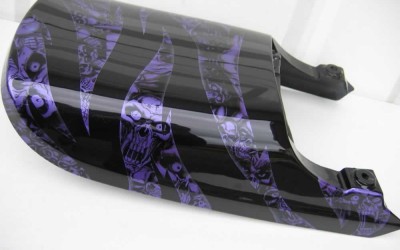 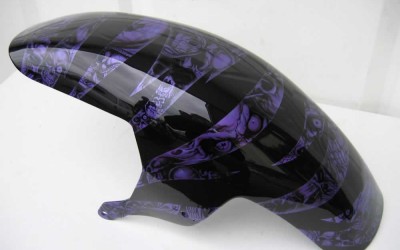 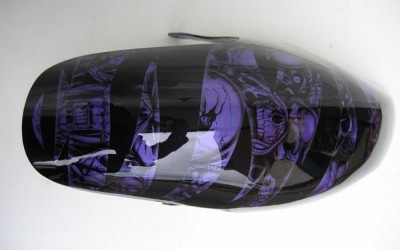 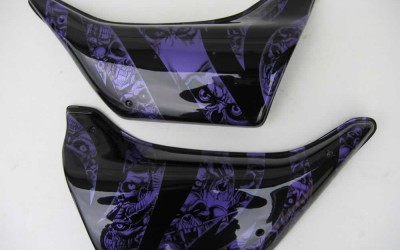 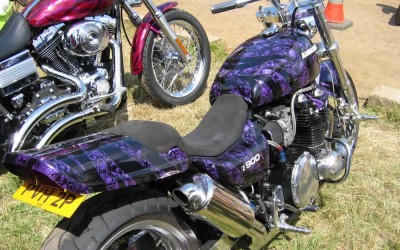 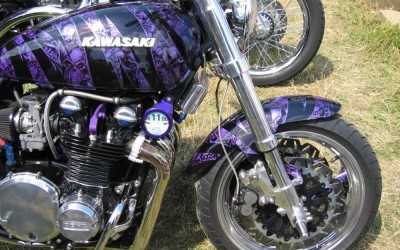 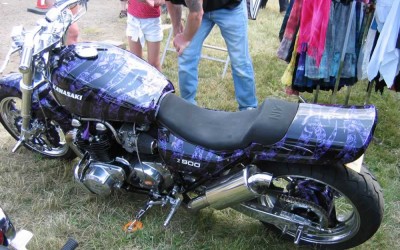